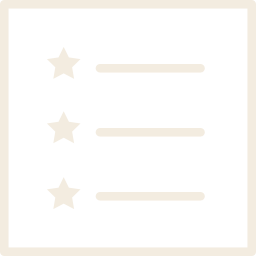 You haven't created a wishlist yet. Click the button below to get started.
Explore
Skip to summary
Wishlist

What can you expect in Antarctica? Nothing can prepare you for the feeling of stepping on the ice for the first time. Hearing the crunch underfoot and feeling the timelessness of this remarkable white continent. Gaze into the iridescent blue heart of an iceberg. Feel the thrill of a leopard seal turning to meet your eyes. Sit quietly on a beach and be entranced by a chorus of penguin calls as they waddle from nest to shore. Your Antarctic cruise is no longer a dream, but a vibrant experience you’ll treasure forever.

Famed for its tremendous tabular icebergs, year-round sea ice, fascinating fossils and the pivotal role it played in Shackleton’s Endurance expedition, the Weddell Sea offers unsurpassed opportunities for exploration. Embark on a true Antarctic expedition that explores the west Antarctic Peninsula, but also attempt to venture east towards the icy perimeter of the Weddell Sea, often guarded by impenetrable pack ice and home to awe-inspiring tabular icebergs.

James Clark Ross Island - the beaches and rocks of this island are a mix of volcanic and sedimentary, creating a geologists’ paradise. The beaches are populated with kelp gulls while Antarctic terns and skuas nest on the island's higher slopes. Ice floes in the surrounding waters provide temporary floating homes for Weddell and Leopard Seals.

Activities can include a walk to Hidden Lake, following a stream rich in fossilized remains.

Devil Island - This rarely-visited island was named for its two striking peaks or 'horns'. It is the nesting site for some 10,000 pairs of Adelie penguins. Here you may also cruise in a zodiac among the many icebergs that are often grounded offshore.

Lemaire Channel - Cliffs here tower 230 feet straight up out of the ocean. The water can be so still that perfect reflections are mirrored on the surface and it is clear to see why this Channel is also known as “Kodak Alley.”

Departure port varies depending on whether you choose to sail, fly/sail or fly/fly to the Antarctic Peninsula. (ae41)

Request rate if you would like a single room.

Rates are in US dollars and will vary for various departure dates.

The ship, itinerary and departure date you select for your Antarctica expedition will determines the start and end point of your journey. Additional itineraries are available in this region.

Does not include international or intercontinental airfares.

Is this your dream trip?

Physical rating is moderate as getting in and out of the Zodiac rafts requires good balance. Being able to walk on rocks and slippery terrain will allow you to explore further afield. You can select the activities that you feel comfortable participating in.

If this Antarctic cruise does not cover an area that you would like to visit - contact the Born Free office for longer in-depth journeys that will visit Falkland Islands, South Georgia and the Antarctic Peninsula.

Sail aboard the 'Greg Mortimer' - an expedition ship accommodating an average of 126 passengers per voyage. The Greg Mortimer was purpose-built for expeditions to the most remote places on earth. The first passenger ship to feature the revolutionary Ulstein X-BOW®, this allows the ship to cross oceans more comfortably and efficiently, and with expansive observation decks to bring you closer to the environment, inviting communal areas and unsurpassed environmental credentials, the Greg Mortimer offers the perfect base camp for adventures at the outer limits of human exploration.

Your professional safari consultant can provide more details about the boat, as well as information about mainland hotels.